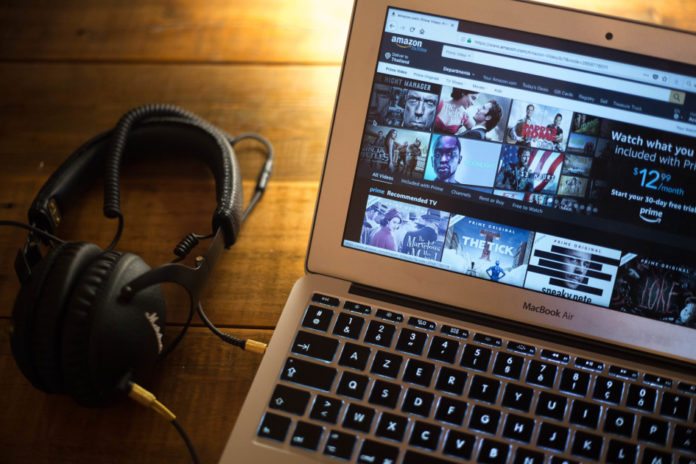 Amazon’s first video service was introduced in 2006 as Amazon Unbox, which allowed users to rent or buy TV shows and movies similar to iTunes. Then, long after Netflix incorporated streaming into its business, Amazon entered the subscription video market in 2011. The company knew it couldn’t compete with Netflix in terms of content, so to draw subscribers in, CEO Jeff Bezos decided to add the service to the company’s Prime free shipping program.

Since then, Amazon’s Prime Video platform has evolved into three parts: the aforementioned option to rent or buy titles, a service that lets you stream thousands of shows and movies (as long as you have Prime membership), and Prime Video Channels which lets you subscribe to third-party services like CBS All Access or Britbox and watch them directly on Amazon’s video platform.

If that sounds a little confusing, well, it is. And that confusion is reflected in Prime Video’s utter mess of an interface. On the home page, you’ll frequently see recommendations and ads for all of the above right next to each other. In mine, I see a promotional banner at the top that advertises Amazon Originals like “Hanna” and “Upload”, the movie Ford v Ferrari via an HBO Prime Video Channel subscription, and a “Prime Member Deals” page where I can buy shows and movies for up to 50 percent off. Underneath that are carousels for Britbox, Acorn TV, CBS All Access, and it isn’t until I scroll all the way down to the fourth carousel that I see recommendations for Amazon’s Original shows.

Putting all of these products together leads to so much clutter that it is near impossible to figure out what is what. Sometimes I’d be interested in a TV show only to find out that it’s only available if I rent or buy it. Sometimes that show is only available on a Prime Video Channel that I haven’t subscribed to. And this bait-and-switch feeling is apparently quite common. According to a study done last year by analyst firm MoffetNathanson, almost 30 percent of the most popular titles on Amazon Prime Video aren’t actually included in a Prime subscription. The analysts said that there’s a “high level of brand confusion when it comes to streaming content” and that “consumers are confusing the streaming service for the Amazon video store.”

Another problem with such a cluttered interface is that discovering new shows is difficult. Essentially, the UI is a tweaked version of Amazon’s retail storefront, apparently designed to bombard you with as much content and choice as possible. It often leaves the user confused and overwhelmed. Compare that to Netflix, on the other hand, which is clean, orderly, and places all of the popular and recommended content at the very top, with no need to scroll through carousels from third-party services.

In a way, it isn’t surprising that Amazon has treated its Prime Video offering like yet another storefront. Amazon has made no secret of the fact that it’s really using its video store as a way to entice more people to shop. Amazon’s “Making The Cut” is perhaps the most extreme example of this, as it’s really just a giant ad for the company’s e-commerce site disguised as a reality show. “When we win a Golden Globe, it helps us sell more shoes,” Bezos said at the Code Conference in 2016. That’s why Bezos and co. have actively sought to find critical darlings for its Amazon Originals.

But those accolades don’t always bring in results. According to documents uncovered by Reuters, Amazon’s viewership numbers aren’t particularly high for its top shows. “Transparent,” a flagship series about a transgender parent and her family, fell to 1.3 million viewers in its third season despite winning eight Primetime Emmy Awards. “Good Girls Revolt,” another critically-acclaimed show, only had a total US viewership of 1.6 million in its debut.

In order to bring in more viewers, Amazon should think about giving its user interface a total makeover. At the very least, it should make it clear that its Prime Video subscription, video store and Prime Video Channels are separate from each other. That would go a long way to reducing confusion and making it less likely for viewers to mistake one for the other. From there, the company should invest in careful curation of its home page so that popular titles and recommendations get prominent placing. It wouldn’t hurt Amazon to borrow a page from Netflix and organize different carousels by genre as well.

This move will be especially welcome when coupled with high-caliber content like the Lord of the Rings prequels and Fallout series. If Amazon wants HBO-level content in order to be taken seriously, then it also needs a storefront and a homepage that reflects that sentiment. A flagship series combined with an interface overhaul that highlights Amazon Originals could be exactly what the company needs to take on its rivals.

One could argue that Amazon doesn’t necessarily need to clean up its act. After all, it has over 150 million Prime members, which is second only to Netflix, which has nearly 183 million subscribers. But the streaming wars have heated up in recent years with the arrival of new upstarts like Disney+, HBO Max, Peacock and Apple TV+. Disney+ in particular have gained a surprising number of subscribers — almost 54.5 million — in just under a year. It’s to Amazon’s benefit to remain ahead of the curve, not just in new content, but also in how its users find it.

‘Fall Guys’ is getting its first new level