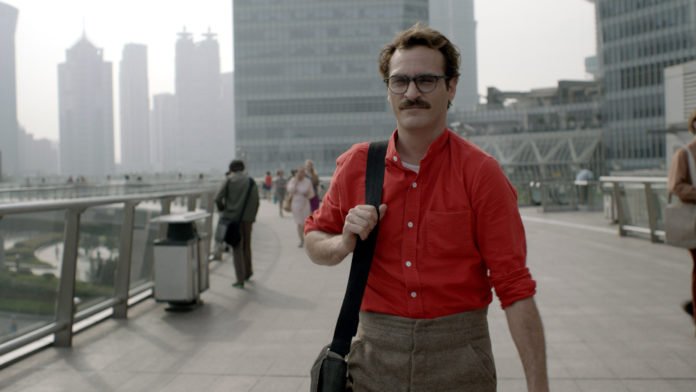 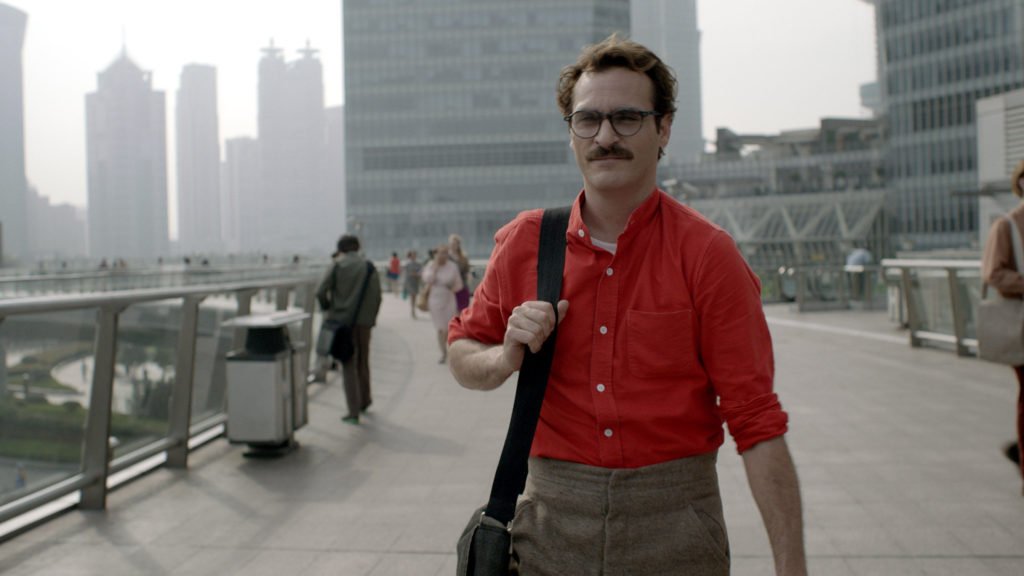 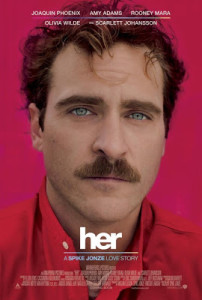 A story about love and inner conflict, Her is not your everyday movie about love. Her is about a letter writer Theodore Twombly (Joaquin Phoenix) who is in the final stages of his divorce with his wife, Catherine (Rooney Mara). When he’s not working as a letter writer, Theodore spends his time playing video games and hanging out with his friends Amy (Amy Adams) Paul (Chris Pratt) and Charles (Matt Letscher). While out and about one day, Theodore comes across a kiosk that is displaying the OS1, which is the world’s first artificially intelligent operating system.

Soon thereafter, Theodore finds himself enjoying his OS1, which is named Samantha (Scarlett Johansson). Samantha starts to fill the void in Theodore’s life, and he begins to fall in love with Samantha. Theodore then begins to lose touch with reality and becomes increasingly entranced with his OS1, Samantha. 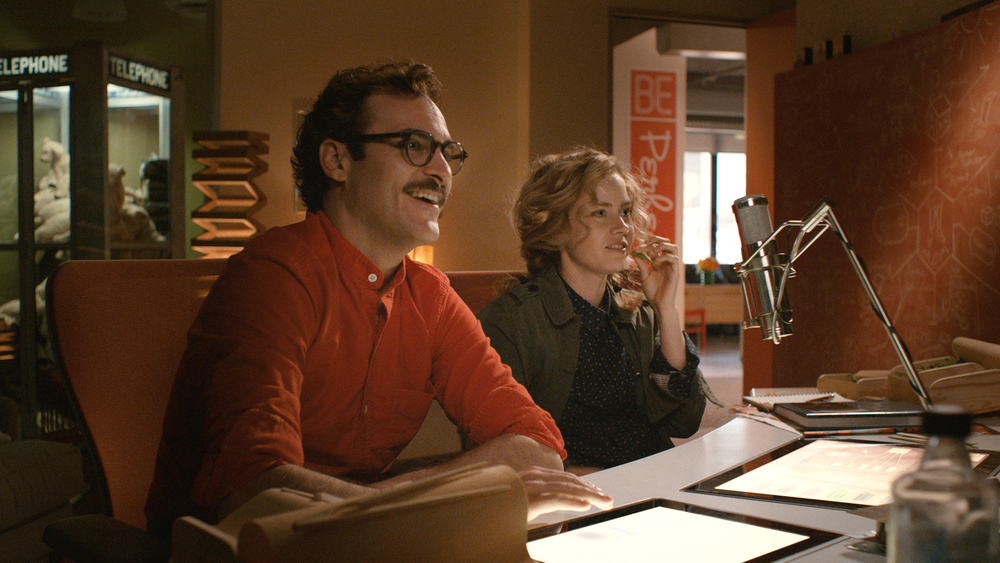 Meanwhile, Theodore’s friend, Amy (Amy Adams) begins to start dating a OS1 as well, and leaves Theodore feeling slight relieved about dating his OS1, Samantha. As the film moves along, you get to see a man who is struggling with his divorce—to the advancement of being reliant with his OS1. You also see the pain that Theodore endures in the film, and at certain points in the film, you feel the loneliness and sadness that Theodore displays.

What makes this film so good is the real world possibility of a OS1 coming out. The story was beautifully crafted, and director Spike Jonze, did a good job of really focusing on Joaquin Phoenix’s character, Theodore, and his flaws on dealing with reality. Being that this the first original script that Spike Jonze has ever written, I was thoroughly impressed with the final product. Before you see this film, I recommend you go in with an open mind. Once you do that—sit back, and enjoy the great acting, directing, and writing of this spectacular film.