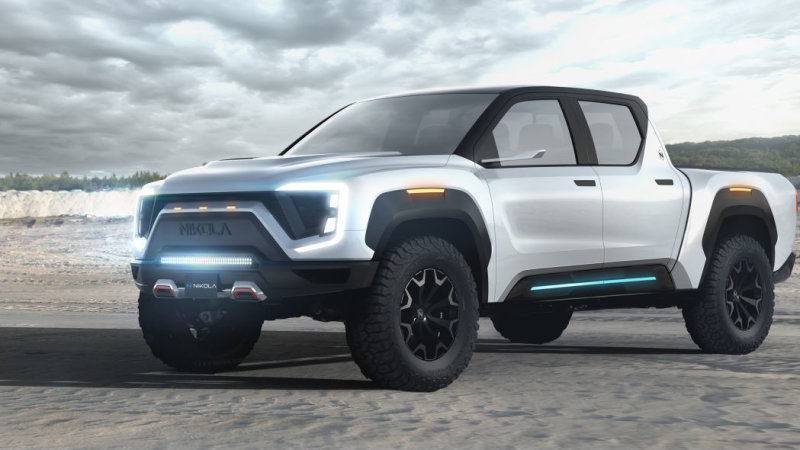 The next step toward the Nikola Badger pickup eventually making a home on public roads happens today, with pre-orders officially open. Badger-intenders can take advantage of one of three pre-order levels from $250 to $5,000, all of which sweeten the pickup pot with further discounts on the MSRP and the chance to win a truck via raffle. Tickets to Nikola World are part of the deal, too, the company announcing the event date as December 3-5 of this year. The eager and inquisitive that make it to Phoenix for the shindig “will have the chance to see the Badger in action,” which sounds like there will be more than a static display of wares.

Party guests must be sure to check out the Badger’s latest, heralded party trick: A water faucet. In answer to the question of what the hydrogen fuel cell Badger does with the water that results from operation, CEO Trevor Milton responded on Twitter with, “[We] will use most of it for our windshield washer fluid and then some for pure driver drinking water. Yes you heard that right, we will have a drinking fountain in our truck.”

Getting questions about what we do with all the water coming out of our hydrogen trucks. Well, we will use most of it for our windshield washer fluid and then some for pure driver drinking water. Yes you heard that right, we will have a drinking fountain in our truck

Drinking the H2O straight from a fuel cell automobile has been a sideshow for the segment for at least five years; a Car and Driver reviewer did it with a Toyota Mirai, and an Olympic sprinter did it with a Hyundai Tucson FCEV on live TV.  Drinking fuel cell water isn’t new, either — Apollo astronauts drank it in the 1960s, as did astronauts on the NASA space shuttles, as will the sailors on FCEV-powered submarines. And though hydrogen-rich water has caused some reported issues of flatulence (Neil Armstrong said the Apollo 11 command module smelled like “a cross between wet dog and marsh grass,” and Buzz Aldrin joked that the gas output could be used for propulsion), these days it’s touted as a restorative. If the Badger’s water is that clean, though, owners skeptical of trace metals or something crawling up the tailpipe can use it to water their plants without guilt.

Expanding the sideshow, Nikola says it has also opened pre-orders for its NZT side-by-side and Water Adventure Vehicle (WAV) electric jet ski concept today, and the duo will again be on display at Nikola World in December.

Grab this 1968 Jeep Wagoneer for sale on eBay Motors

Koenigsegg made a short film, in between making supercars