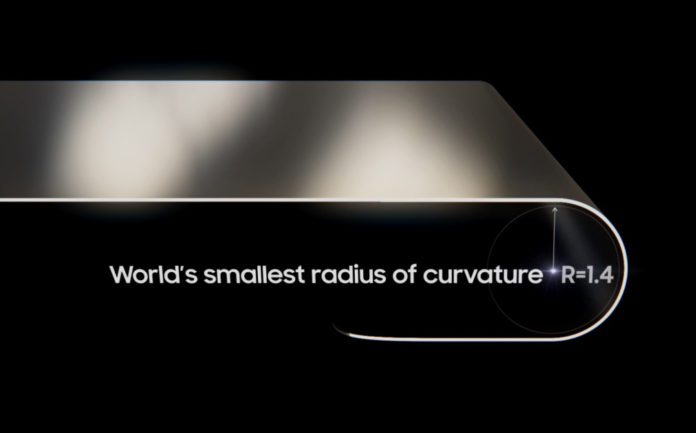 Samsung’s OLED display used in the Galaxy Z Fold 2 has the “world’s smallest curvature,” with a radius of just 1.4mm (1.4R), the company’s display division announced. That tight curvature allowed Samsung to build the Fold 2 with a smaller folded gap than the original model, allowing for a more attractive design while reducing previous problems like dirt entering the display.

Samsung also said that French firm Bureau Veritas certified the display for 200,000 folds, calling it a benchmark for future displays. That durability is apparently possible due to the multi-layered structure of the display that acts like a “cushion” when the panel is folded. However, Samsung also claimed that the original Galaxy Fold would withstand at least 200,000 folds, and it fell short of that in testing done by CNET.