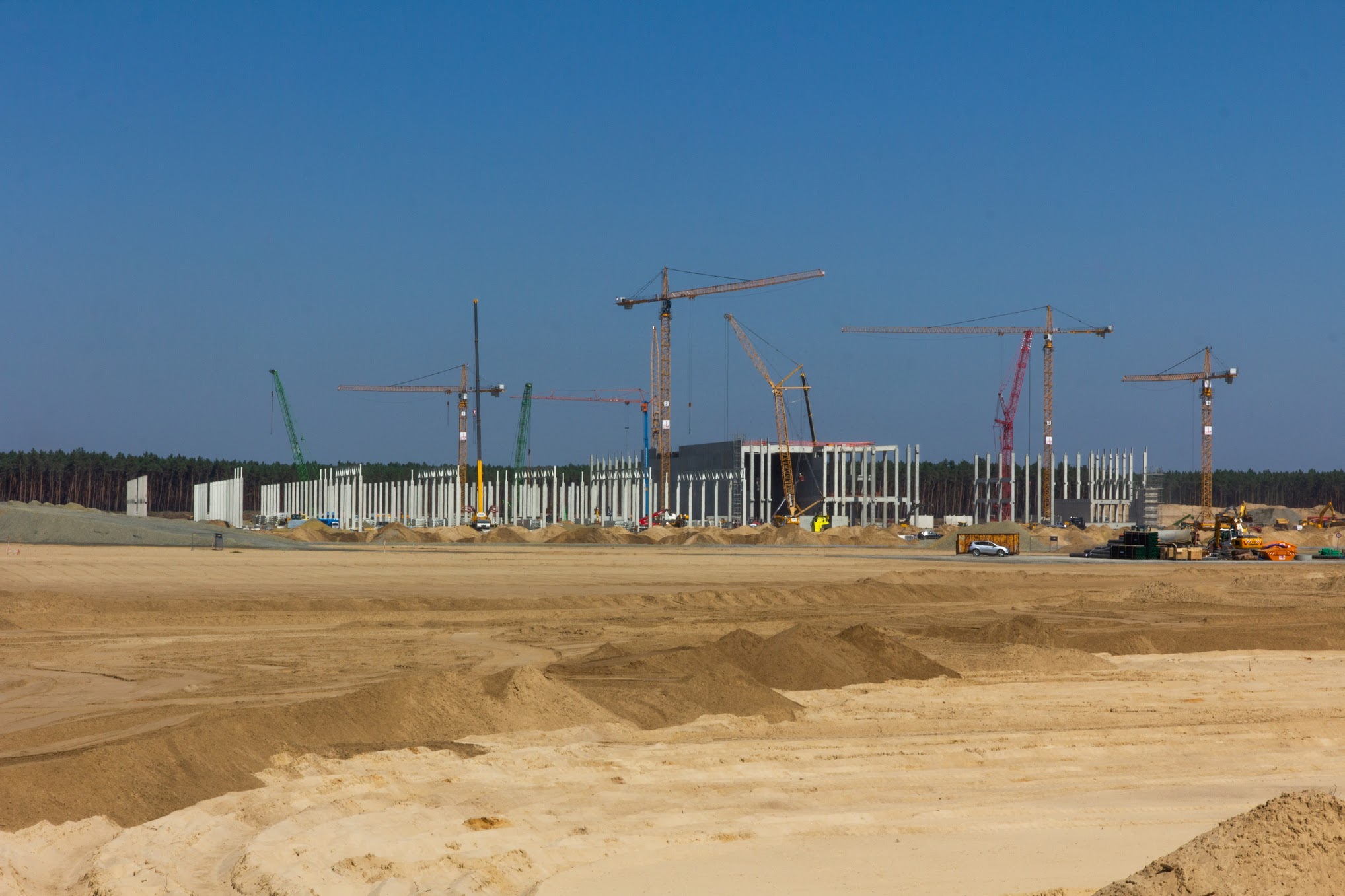 Tesla Giga Berlin’s construction continues to move along at a rapid pace, and the first beams of the “Body in White” portion of the facility have been erected as of this morning.

Body in White is the stage in automotive manufacturing where the frame of a car body is joined together. It is often the point where the final contours of a vehicle’s body are worked out in preparation for the stamping process.

In Berlin, this portion of Tesla’s Giga Berlin production plant is being built and is accelerating nicely ahead of the company’s planned initial production runs in July 2021.

Photos from @gigafactory_4 on Twitter show the progress that is being made on the Body in White building, with vertical beams being installed into the foundation of the property.

The Body in White building is where most of the initial manufacturing process will occur. When the Model Y begins production at the facility next year, the vehicle’s chassis will be built in this structure with a simplified manufacturing process, according to Tesla CEO Elon Musk.

Musk detailed the Berlin Model Y’s details during the company’s Q2 2020 Earnings Call, where he said that the design of the Germany-built crossover would be modified to increase manufacturing ability.

“And we’re really changing the design of the car in order to make it more manufacturable,” Musk said. “The fundamental architecture of Model Y will be different in Berlin, it may look the same, but the internals will be quite different and fundamentally more efficient architecturally than what we’ve done to date.”

Giga Berlin’s progress is accelerating quickly, thanks to the construction methods that are being used.

Tesla’s contracted construction crews on the site are utilizing prefabricated methods of building to decrease the amount of time it takes to put the structures together. The prefabricated process requires some portions of buildings to be put together at a separate location. These are then transported to the site and installed into the appropriate area.

The Drive Unit facility is the building that has the most progress done to it thus far. The Northern wall of the DU building is nearly complete after the first portions of the partition were erected on August 5, just six days ago.

Tesla expects Model Y production to begin at the plant next July. Despite the hot temperatures in Berlin, construction crews are moving along quickly in preparation for a massive push of Tesla’s electric vehicles in Europe next year.

A video of the Giga Berlin site is available below courtesy of FlyBrandenburg.